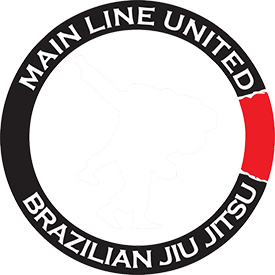 It is often said that jiu-jitsu is the art of using your opponent’s force against them.  This is true, to a certain extent.  However, like most brief, pithy sayings, it is imprecise and incomplete.  I prefer to think of it, in part, in terms of delivering and redirecting force (regardless of its source).  One of the base concepts behind this process is the idea of “ramps and shelves”.

Ramps are positions or situations where you arrange that a particular surface of contact between you and your opponent (or you and the mat, or even you and another part of you) is at an oblique angle to the direction of force being delivered, and/or along the line of the direction in which you want the force to be received.

That was wordy and probably overly complex.  Videos will help.

In the video below, I find myself trapped in the amazing Valerie Worthington’s (of the Princeton Worthingtons) guard.  I will attempt a standard standing split.

(Side note: Yes, that is the old gym. Shows you how long I’ve been holding on to this project).

In my first attempt, I set up the grips fine.  But when I stand, Val is instantly able to pull me back down to my knees with minimal effort.  In the second, however, I stand tall and proud, ready to continue with my split and pass.  Note the position of my head in each attempt.  In the first, I hang my head low (in shame, I suppose).  in addition to giving Val easy and strong access to my collar, this causes my back to be flat and parallel with the floor.  This creates a “shelf” for Val’s legs.  When she pulls downward, the force is delivered directly downward, preventing me from fully standing up.  Contrast this with my second attempt.  Here, my head is high, causing my back to form a “ramp” from my head to my butt.  Val is still able to pull downward, but the ramp of my back causes the force she is exerting to slide down, rather than pulling me off base.

(There are, of course, a MULTITUDE of reasons beyond this one why proper posture in guard is important.  This is just an illustration of one specific example.)

A similar application of this concept can be seen in the progression of this move.  In the video below, I have successfully split Val’s guard, and am now proceeding on to my favorite pass:  the double under.  Again, I will attempt the pass twice:

In the first instance, once again, Val is easily able to prevent my pass.  I simply bulldoze her across the mat until she is able to recover her position.  This is because the position of my shoulders causes my chest to create a shelf for her legs.  When I deliver force forwards (from my perspective), I press her forwards (also from my perspective).  In order to force her to the side to complete the pas, I would need to change the direction of my pressure to a far less efficient one.

In the second attempt, I still deliver force directly forwards.  However, this time I position my shoulders so that my chest forms a ramp.  My left shoulder is significantly in front of my right.  Now, when I push into Val, the force slides off to the side, causing her hips to similarly slide to the side, and me to find myself happily in side control.

This is not to say that ramps are inherently better than shelves.  There are times when I want the force to be received in the same direction I am delivering it.  In fact, were this post written from Val’s perspective, it’s pretty clear that she would want to force a shelf in both circumstances.

Check out these pictures of me and Paul.  In each, I have established a kimura grip (this is, in and of itself, notable, since (a) I don’t like entangling my shoulders and (b) usually Paul has good elbow discipline).  In the first pic, I have failed to bend his elbow fully.  This limits my force delivery (which will be the subject of a future article), but, more importantly for this discussion, it causes his arm to form a ramp against my chest, and he will be able to slide out of the technique. 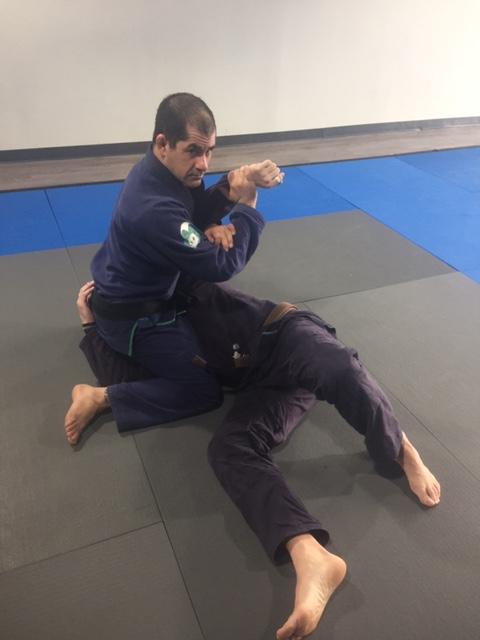 In this second pic, I properly bend his elbow, which creates a shelf on which I can rest my chest.  I can continue with the technique, and get the tap. 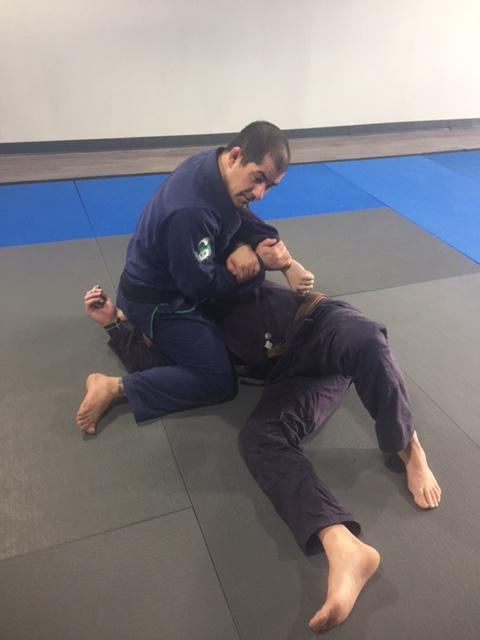 Note that, in this example, the ramp/shelf concept described is not in the primary direction of the technique (moving Paul’s wrist to cause pressure on his shoulder), but in an ancillary point of contact necessary to maintain control.

Look for this concept when you train.  I will point it out when the opportunity arises, but, if you pay attention, I’m sure you’ll see many examples.

Grab a drink, grab someone new.